Welcome to our clinic!

Who are we, how do we think, what is our therapeutic spectrum?
Look around in our work environment.
For us, the patient is at the center of what we do.

Monday – Friday
only by appointment

Our advantage is our team

We are dentists who have gained their qualification at reputable universities in
Germany and specialize in various fields of dentistry. Meet us. At your first visit,
together with you, we will prepare the most appropriate individual treatment plan. 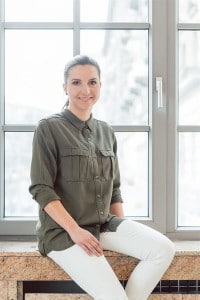 Dr. Zvetelina Vassileva graduated in Dental Medicine in 2011 at the Charité Universitätsmedizin Berlin, Germany, where she defended her PhD thesis in 2012 and received the title Dr. med. dent. From 2011 to 2015 Dr. Vassileva worked in dental clinics in Berlin, where she managed to accumulate rich clinical experience and improve her qualities as a young professional. Dr. Vassileva takes part in national and international congresses in the field of dentistry. She attends a number of postgraduate courses – she graduated from the Curriculum Implantology in 2014, has the ability to work with laser systems, a certificate for work with Zebris JMA, etc.

She is an active member of the German Society of Dental, Oral and Maxillofacial Surgery DGZMK, and of the Bulgarian Dental Association. Dr. Vassileva’s main therapeutic activities include the entire spectrum of conservative dentistry, endodonthology and periodontology, paraded gas treatment, and pediatric dentistry.

Prof. Dr. Gergo Mitov received his Diploma in Dentistry at the Friedrich-Alexander Universität in Erlangen, Germany in 2004. In 2004 he worked for the Bavarian Dental Association as part of a scientific project. Since 2005, he has worked as an assistant, and from 2010 to 2012 as Chief Doctor at the Clinic of Prosthetic Dentistry at Saarland University in Saarbrücken, Germany.

In 2005, Gergo Mitov defended his dissertation in the field of entirely ceramic materials. Since 2011, Gergo Mitov is Chief Medical Officer and Head of Biomaterials at Danube Private University in Krems, Austria.

In 2009, Dr. Mitov graduated in Implantology at the Akademie für Zahnärztliche Fortbildung in Karlsruhe, Germany. In 2011, Dr. Mitov completed a two-year master’s degree in Prosthetic Dentistry at the Ernst-Moritz-Arndt-Universität in Greifswald, Germany, and was awarded the Master of Science (M.Sc.) degree.

In 2015, Dr. Mitov acquired the title “associate professor” at the Danube Private University in Krems, Austria. Dr Mitov’s main therapeutic interests include the whole spectrum of prosthetic dentistry, including implantology, treatment of functional diseases of the chewing apparatus and complex aesthetic, all-ceramic reconstructions.

In 2020, Dr. Mitov became an ordinary professor (“Univ.-Prof.”) at the Danube Private University in Krems, Austria.

Along with his practical work, Dr. Mitov is actively engaged in research in prosthetic dentistry. An excerpt from articles published in reputable magazines from around the world, as well as international congresses, can be found here: www.pubmed.org. 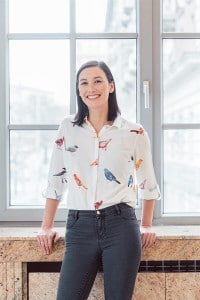 Dr. Daniela Kalchunkova graduated in Dental Medicine in 2018 at the Charite Universitätsmedizin Berlin, Germany. Immediately after that she joined the team of Deutsche dental Klinik.

Since then, Dr. Kalchunkova has managed to gain extensive clinical experience by attending numerous congresses, lectures and trainings in the field of dental medicine. The range of Dr. Kalchunkova’s work includes conservative dentistry and in particular pediatric dentistry, endodontics, periodontology, as well as aesthetic dentistry.

She is a co-initiator of the program for dental group prevention in schools and kindergartens, which has reached thousands of children in Sofia.

Dr. Magdalena Kostova graduated in Dental Medicine at the Ludwig-Maximilians-Universität in Munich, Germany in 2010.

In 2013, Dr. Magdalena Kostova defended her doctoral thesis in the field of DNA extraction from saliva and received the degree Dr. med. dent. from the University of Munich.

In 2017 Dr. Kostova graduated in endodontics at the Endoplus Academy, Germany. In 2019 she completed a curriculum in implantology at the eazf academy at the Bavarian Dental Chamber. Over the years in Germany, Dr. Kostova has attended numerous courses with internationally renowned lecturers in the field of root canal treatment, conservative and surgical periodontal treatment, as well as aesthetic composite and ceramic restaurations.

Dr. Kostova has gained extensive clinical experience while working in dental clinics in Munich, Germany until 2019, when she became part of the team of the German Dental Clinic, Sofia.

Dr. med. dent. Mariya Bencheva graduated as a dentist in 2011 at the University of Bonn, Germany with the highest final grade. From 2012 to 2014 Dr. Bencheva worked as a dentist in a private dental practice in Bonn, where she gained a lot of practical experience in all fields of the modern, advanced dentistry, especially in the field of the conservative dentistry, including rehabilitations with full ceramic restorations, Endodontology and children dentistry.

From 2014 to 2018 Dr. Bencheva worked as a scientific clinical assistant at the Department of Prosthodontics, Propaedeutics and Material Sciences of the University of Bonn, where she specialised in the field of prosthetic dentistry. Beside the holding of lectures and the supervision of the clinical student courses and state examinations, Dr. Bencheva´s occupation at the University clinic in Bonn included the prosthodontic rehabilitation of complex patient cases, as well as the diagnosis and therapy of patients with craniomandibular dysfunction (TMD).

In 2019 she accomplished the prestigious postgraduate education in the field of Dental Prosthodontics of the German Association for Prosthetic Dentistry and Biomaterials (DGPro) and received the accreditation for a “Qualified Specialist in Prosthetics with Further Education of DGPro”.

Get to know our therapeutic spectrum …

Maintaining healthy teeth is a complex task. That is why we are also preparing complex solutions.
We offer a broad therapeutic range to make sure our patients are in good hands. Only in this way can we meet your needs. 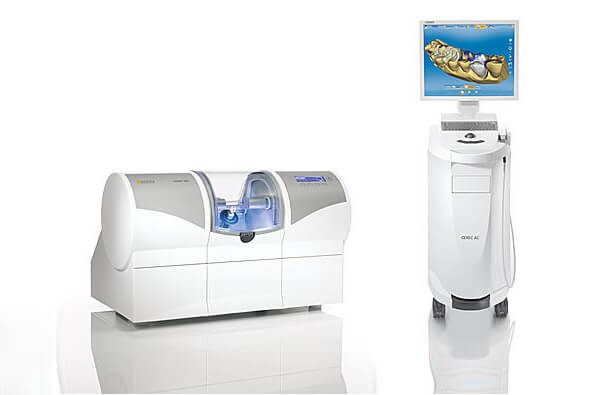 In case of missing teeth:
Implantology

For us quality means a pleasant atmosphere. Our clinic …

Dental offices should not be functional, boring and cold! We want our patients to be in a pleasant
and individual atmosphere. The German Dental Clinic combines optimal location and modern architecture. 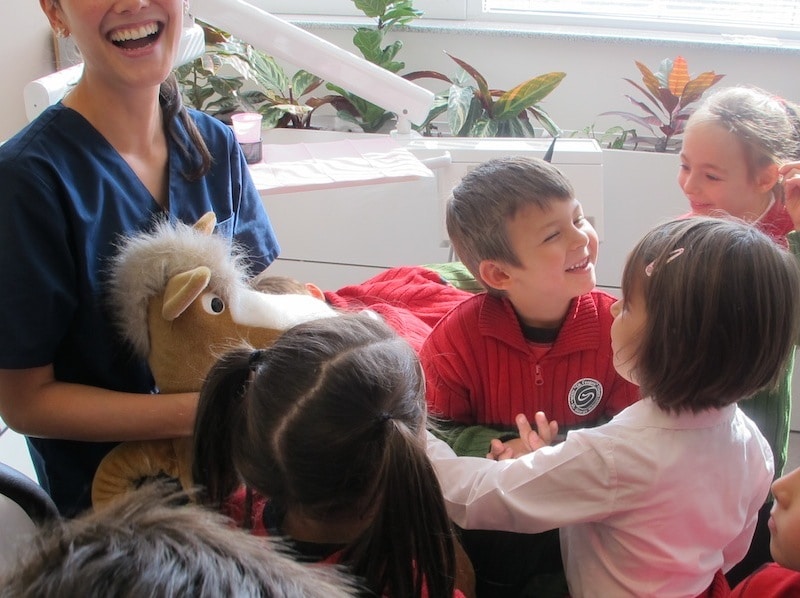 In order not to miss the first seven years …

One of the important aspects of our activity is child dentistry. Here, besides the treatment of illnesses that have already occurred, we attach great importance to prevention and to the creation of proper hygienic habits in children. That is why DDK runs a free program for group prophylaxis of children in kindergarten and primary schools called “Smiles of St. George “. Our program is fully in line with the recommendations from the German Scientific Society for Pediatric Dentistry. Our main goals are to educate children to acquire proper hygienic habits, to establish the need for dental care and prevention and to create conditions for good oral hygiene in educational establishments. Our program covers the following events:

Scientific literature shows that group prophylaxis is the most effective method of improving oral health in childhood. We are proud of the fact that in recent years our program has reached thousands of children in Sofia.